At the end of the Victorian era following the Boer wars and several Empire campaigns, the British army had realised that the old red tunic with white cross belts was an easy target for the modern high velocity smokeless bullet. Thus the Khaki uniform evolved, being less obtrusive. It was accompanied by a soft cap.

The 1914 war was expected to be short and one of movement. However, by the end of the year, the European theatre had evolved into a stalemate with two frontline trenches facing each other from Belgium to Switzerland. The Germans were in enemy territory, so, realising the outflanking fighting was leading to the prospect of a siege in the field, dug in whenever they found the high ground. Their attitude to the enemy was if you want your land back, fight for it, but we have the better positions. They also quickly learnt the value of trenches on reverse slopes.

The Allies were not fully geared for a huge offensive in an attempt to push the enemy back and trench warfare commenced. Trenches offered relative safety. Rifle shots would only succeed if a soldier exposed himself. So the most effective way of attacking the enemy was by shell fire. High explosive was obviously fatal, but was costly in material terms. A simpler way to kill or injure the enemy was by the use of shrapnel. In the standard field gun (e.g. French 75mm); a shrapnel shell would contain 270 lead ball-bearings. A time fuse ignited explosive from the rear in the air and thrust them out in a deadly cone. (In actual footage one can observe the white cloud of the shell and then further along see the dust raised as the shrapnel bullets hit the ground). 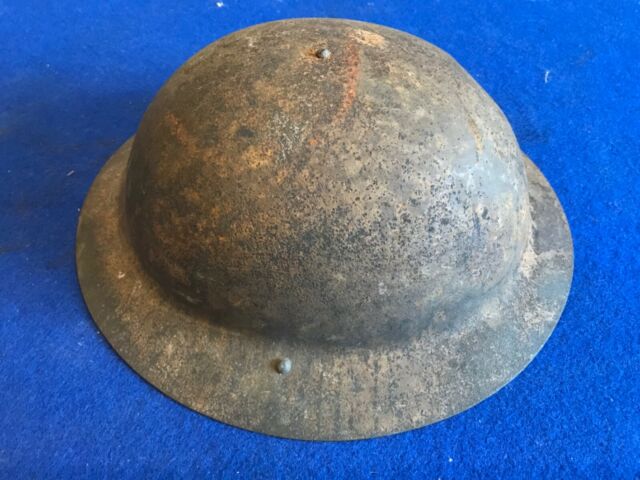 This was an ideal way to attack soldiers in trenches. The balls would cause fatal and other wounds, especially to the head and upper body. To counter this, the French were the first to adopt protective headgear. It is generally held that a French officer, Adrian, initially suggested a metal skull bowl to be worn under the soldier’s cap after he had learnt that a soup bowl under his cap had saved a poilu’s life. Subsequently, the Casque Adrian was developed based on traditional headwear. However, it had faults. It was made in several pieces with a riveted crown piece, which could break. Nevertheless, it did provide some protection.

The British realised they needed some form of helmet. Several inventors offered prototypes. In June 1915 a design by John Leopold Brodie came to their attention. Brodie had anglicised his name when he moved from Latvia. The model (of which there were 2 types, A & B- the former being adopted) was a basic one-piece bowl and rim similar to helmets of the pre industrial era. A liner was attached by a small screw on the top. It was to be made of mild steel.  (Photo right - the Brodie Helmet)

Initially, an order for 850 per day was made to Army Navy Co-operative Society Ltd as it was simple to make. However, on reflection, the Army decided manganese steel would be better as it could offer protection against shrapnel travelling at up to 750’ per second.

Unfortunately, there was only one steelworks that could meet this requirement. Also, this type of steel is particularly brittle in a stamping process. This meant that whereas one million mild steel helmets could be made in less than 3 months, it would take up to 6 months for manganese models (Firth and Sons).

Fortunately, Firth and Sons indicated that following trials with the firm Beardmore & Co*, a specialist naval armour company, the figure could be met. This could be done by Firth and Sons, Hadfields Ltd., Beardmore & Co*, Mirris Steel Co. and Joseph Sankey and Sons**. The Army & Navy Co-op would then assemble the liners. (Many of the companies were based in Sheffield with one in Scotland ship yards* and another in Bilston**). Slight modifications were made for ease of production.

Helmets were first introduced to the Scots Guards in in mid-November 1915 [Earlier, on 9 August at Hooge, the Official History 1915 Vol 2 p.109, indicates a few helmets were used, but in the early morning mist they were mistaken for the enemy and were fired at by comrades]. 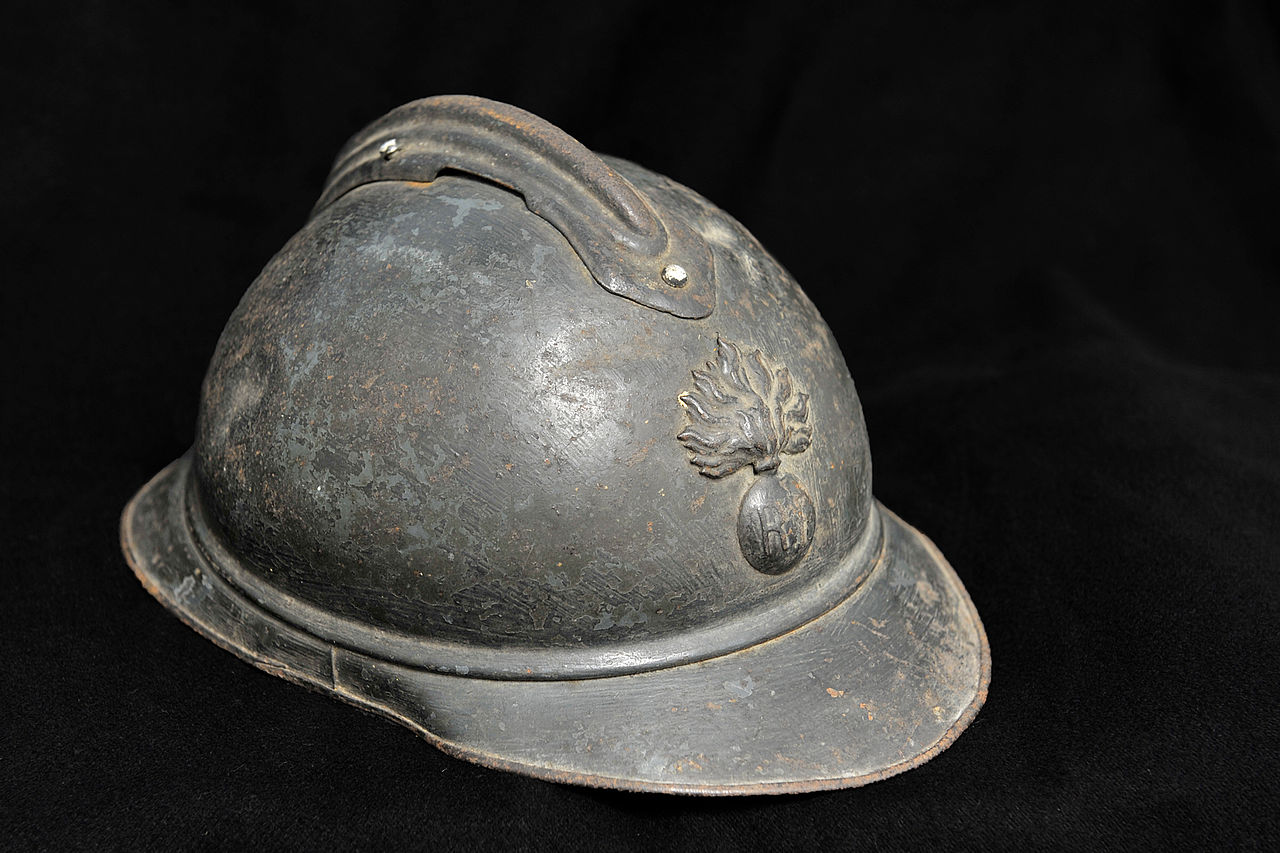 By mid- March 1916, 270K helmets had been made but only 140K had arrived on the Western Front. There was an initial scare when head wounds appeared to have increased, until it was realised that this number reflected those who would have otherwise received fatal wounds. A study at Ypres during the Battle of the Bluff on 2 March 1916 showed all head wounds had reduced by 75% compared to figures prior to the introduction of the helmet. Haig was impressed and demanded that all his soldiers were issued with the helmet. By the first day of the Somme, one million helmets were in use in France. The helmet was popularly known as the “Battle Bowler” or the “Tin Hat.”  (Photo right - the Adrian Helmet).

Some improvements were necessary after the introduction of the helmet, following feedback from their wearers. The liner was uncomfortable and difficult to adjust. The painted surface reflected light and the rim was sharp and could injure a comrade. Improvements were made. The liner was improved, helmets were dulled with sawdust and a crimped border reduced the sharpness of the rim.

Experiments were made with chain visors to protect the eyes, but could cause disorientation and were not popular. Eventually, all troops were provided with the helmet and production continued until the end of the war. Colonial troops and the Americans used the helmets - the latter eventually producing their own version. In September 1917, Home Command Units were issued with them as they tackled the Zeppelin and Gotha menaces.

The Brodie remained standard equipment in the Second World War, mainly with improvements to the liner and adjustable straps. (A simpler model was adopted for paratroopers, having no rim). By the time of D-Day a new model was beginning to be introduced, being a deeper bowl and from its shape known as the “Turtle.” Film footage shows these being used mainly by Canadians on D- day and after the victory in 1945, it became the standard issue for British forces and stayed in service until the introduction of the ballistic nylon helmet of 1985.

Most armies now use synthetic helmets, the Americans initially using Kevlar. However, in the hi-tec. world of today, improvements are constantly being made and the specifications are being continually updated. Body armour is also now much lighter and can be worn as standard equipment.